From Greater Austria via United States of Danube to the concept of Eastern Switzerland. Alternatives to Austria-Hungary in early 20th century

The third event of Central European Evenings took place on 9 December 2019. Pál Hatos, the director of our institute, and Csaba Zahorán talked to Gábor Egry, director of the Institute of Political History, who is a leading expert in nationalist movements in Eastern- and Central Europe and of interwar nation-building.

Reflecting on the introductory remarks of Pál Hatos, Gábor Egry outlined the position of Austria-Hungary at the turn of the 19th and 20th century highlighting those problematic areas that interested the government and various political movements and intellectual of the empire. Egry pointed out that the turn of the century was a hectic period in all senses: apart from the transformation of the international context, social and economic changes posed considerable challenges for the elite of Austria-Hungary. There were a number of proposals on the table that sought to resolve the acute inequalities in land ownership patterns, the condition of the growing number of industrial workers, the demand for extending the right to vote and hostile relations among nationalities. While leftist thinkers foregrounded social issues, nationalist movements urged the government to introduce measures favorable to their cause. Put it simply, Aurel C. Popovici’s well-known proposal about the „United States of Greater Austria” only tackled the „issue of nationalities” by dividing the empire into national territories (federalization) and did not touch upon political institutions. At the same time, social democrats that took economic and social development as their starting point focused on the right to vote and the conditions of industrial workers. Austromarxists were in between the two positions. They, such as Otto Bauer and Karl Renner, wished to reform the empire by the simultaneous introduction of all-encompassing democratic measures and various national autonomies. 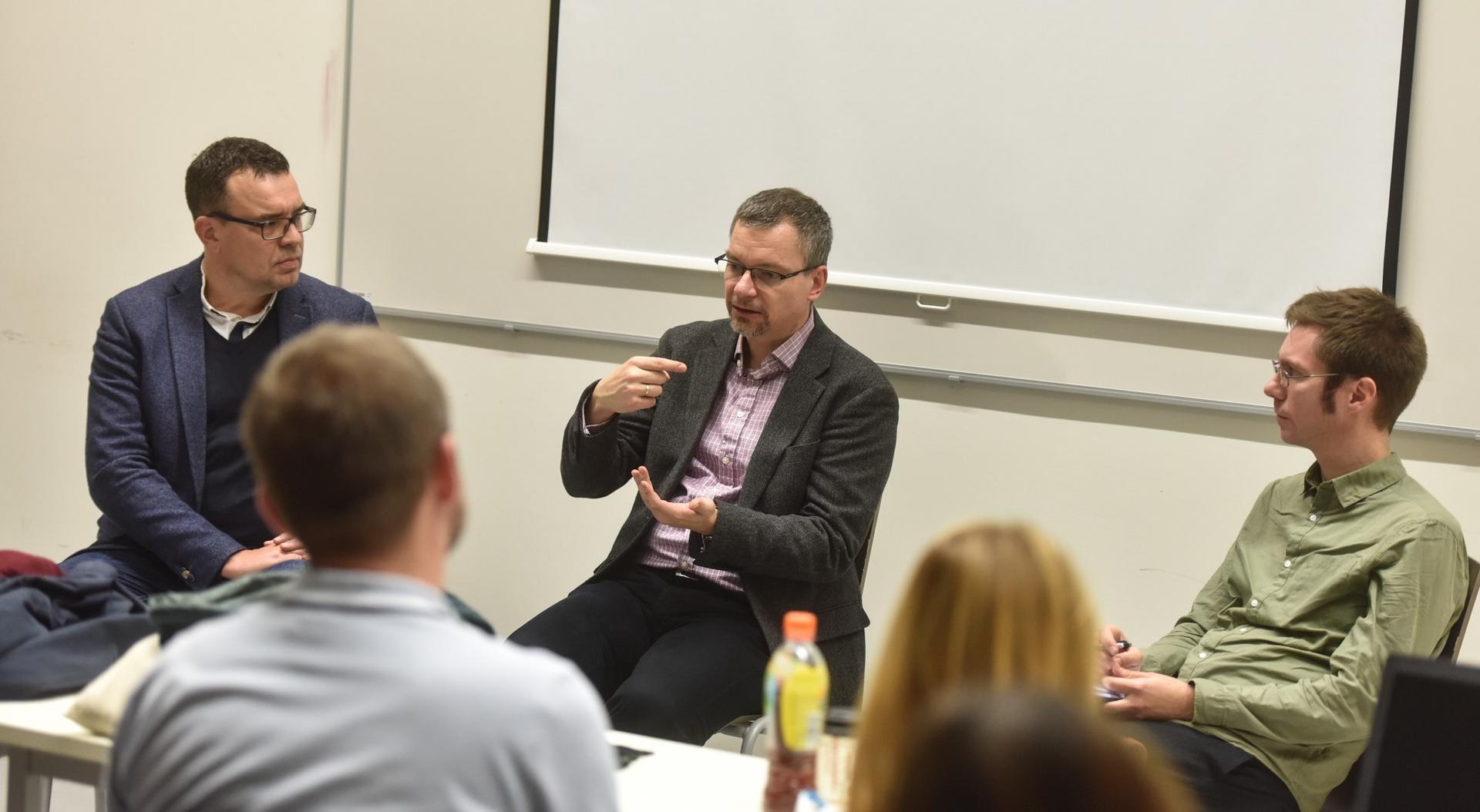 One of the outstanding participants of this intellectual fizzing was Oszkár Jászi who brought together the heritage of Hungarian liberals, such as Lajos Mocsáry, and socialist ideals. He also proposed that measures for easing the weight of the national question (such as appropriate and even-handed public administration, guarantees for the right to use languages and cultural rights) and of social problems (wide-ranging democratization) should be brought into the system at the same time. Gábor Egry argued that we can observe a certain divergence in the last two decades of the history of Austria-Hungary. While, in the name of the idea of the nation-state, dominant elites of the Hungarian Kingdom were increasingly unwilling to apply the Law on Nationalities of 1868, and their efforts aimed at homogenizing the territory, the elites of Cisleithanian area made steps in the opposite direction. Apart from reforms concerning the right to vote, there were various „small scale compromises” that attempted to regulate the coexistence of nationalities (in Moravia, in Bukovina and Galicia). From the talk, it emerged that although the eventual solutions were very different from the alternatives that appeared before 1918, the number of proposals show that contemporaries did not give up on Austria-Hungary. Intellectual efforts testify that they believed it may be reformed and made more viable.

Egry highlighted that Jászi was exceptionally consistent with this thinking. That is why he was forced to emigrate during the Soviet Republic of Hungary. He never returned: initially, it was the counter-revolution, later on, the Second World War, and then, the Communist regime kept him from doing so. Although his brief political career fell victim to the collapse of Austria-Hungary, he remained active for some time. Finally, he became disappointed with the leaders of the Little Entente that was in the making and left for the United States of America.  As a university professor, he could freely work and write the first comprehensive analysis of the disintegration of Austria-Hungary.  The Habsburg-Monarchia felbomlása (Chicago, 1929) is a groundbreaking work that proved influential in researching the problem, to this date. In fact, it is only recently that new approaches and main directions surfaced in the field (including the project that Egry leads, the NEPOSTRANS ERC).

The fact that Jászi was consistent did not mean that his proposals never changed. In the first years of the 1900s, he rejected the idea of territorial autonomy. He thought that it should be the county level public administration that tackles the issues and discrimination that he believed were serious. During World War I, as a result of German military advances, he was for the Mittleeuropa-plan of Naumann. In 1918, he gave up on the latter and proposed federalization in the form of a „United States of Danube”. According to this, the dualist framework, but would have allowed the borders of the Hungarian state to stay as they were. It was at this time, in late autumn 1918, that he had to face the increasingly radical ideas of the leaders of national movements. Jászi – as a minister – tried to keep up with the accelerating events. The plan for cantonizing Hungary and of the „Eastern Switzerland” –however, these were not acceptable for national leaders. The leadership of the Slovak national movement wished to have a common country with Czechs, Romanian politicians in Hungary thought in terms of fully-fledged self-determination. This meant the separation of areas where Romanians were in the majority. Although for some time it was uncertain what future would bring, Romanian leaders did not think of themselves as minority politicians, but as sovereign partners as they discussed with Jászi in Arad. Later on, they believed that it would be easier to realize their ideas of modernization in Greater Romania than in Hungary that fell into crisis.

The proposals of Jászi failed to realize, however they falsify the critics that extreme right wings activists often voice according to which Jászi was unpatriotic and carried out acts of betrayal.