On Central Europe from Regional Perspective

Following the welcome notes, Andrzej Nowak Polish historian and publicist, Csaba Kiss Gy. Literary historian and Miklós Mitrovits, a fellow of our institute and specialist of Polish history and culture gave their papers. All three of them focus on common historical experience of the peoples in Central Europe. The speakers referred to decisive events of the region and of Poland as they presented the relationship between Western- and Central Europe. They pointed out differences in paths of development and the moral dimensions and communications gaps arising from these. One of the central themes of the presentations was that we need to assess the relationship between our region and Western Europe critically, also in the center-periphery logic.

Professor Nowak argued that the moment when countries joined the Christian world a thousand years ago, and having to adopt post-nationalist ideas in the course of joining the European Union are equally traumatic social experiences. He described the relationship between Western Europe and Central Europe as a controversial one. In the part of his talk that discussed the 14th century „Golden Age” of Central Europe Nowak criticized Jenő Szűcs’s model of European regions on the ground that Szűcs, a renown Hungarian historian, overemphasized decisions made within the regions and the social background of these in discussing reasons of underdevelopment and underestimated the role of structural factors. The professor from Krakow also highlighted that current energy policies constitute the widest gap between Central and Western Europe. He argued that the West demands reduction of emissions in order to keep his economic advantage over the region. In the last part of his talk, he reminded that the countries of Central Europe needed to make conscious decisions about their orientation towards the USA? regionally coordinated actions and their relationship to the Russia-China axis. Central Europe needs to choose among alternatives, and they must not divide Europe in the course of their actions.

Csaba Kiss Gy., who has recently received a prize from Krakow city, juxtaposed memory politics of the West, which is based on anti-nationalism and Holocaust, and that of Central Europe focussed on nation-building and independence. He cited several examples when a crucial Central European event or place is left out of the list of locations that are considered European sites of memory. He also emphasized that nations of the region should know more about each other. For example, hardly any Hungarians now the works of the Croatian writer Miroslav Krleža, although he has a statue at nearby Ludovika Square. At the same time, memory sites that have contrasting interpretations in national memories make it difficult to acquire this knowledge. Putting together the list of sites of memory and their interpretations in a joint effort might be a step forward. 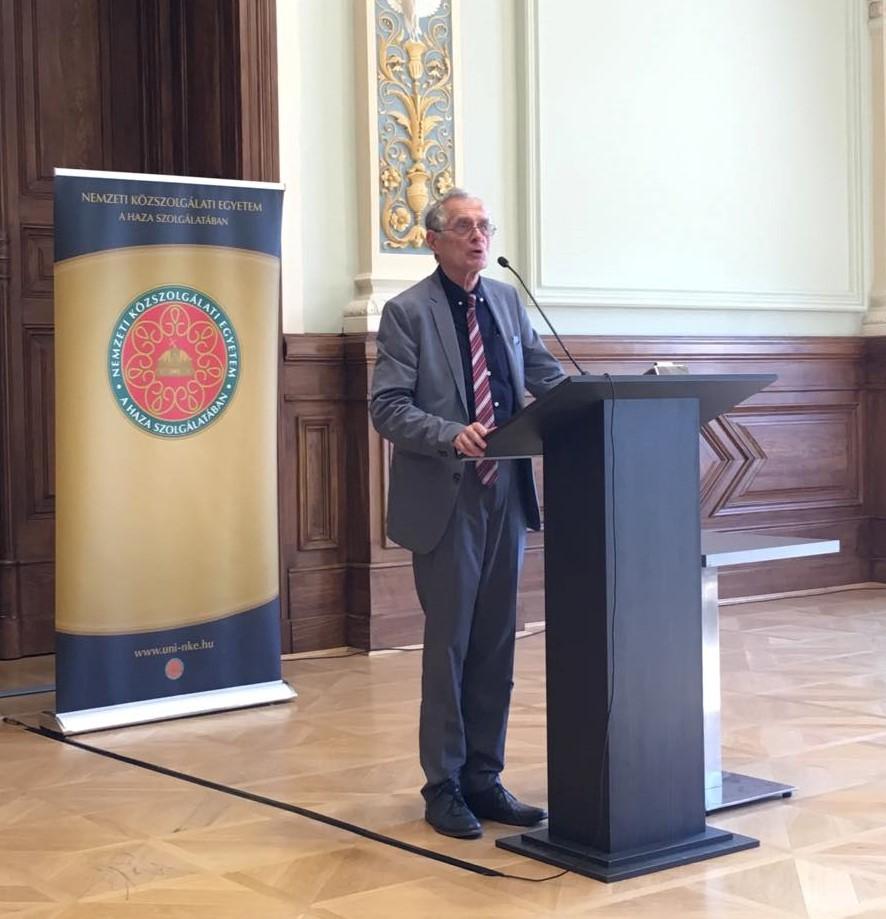 Miklós Mitrovits started with observing that the issues that the two previous speakers talked about are the ones that World System Theory describes. Power politics does not overwrite the logic of hierarchical positions, rather, it reinforces inequal relations. He quoted several historical examples from the time of the division of Poland to the end of Cold War to support this thesis. According to Mitrovits, the lack of independent states aggravated path dependency and was a crucial factor of why Central Europe remained underdeveloped and at the periphery of compared to the center.