Right to History, Charta 77 and the Idea of Central Europe 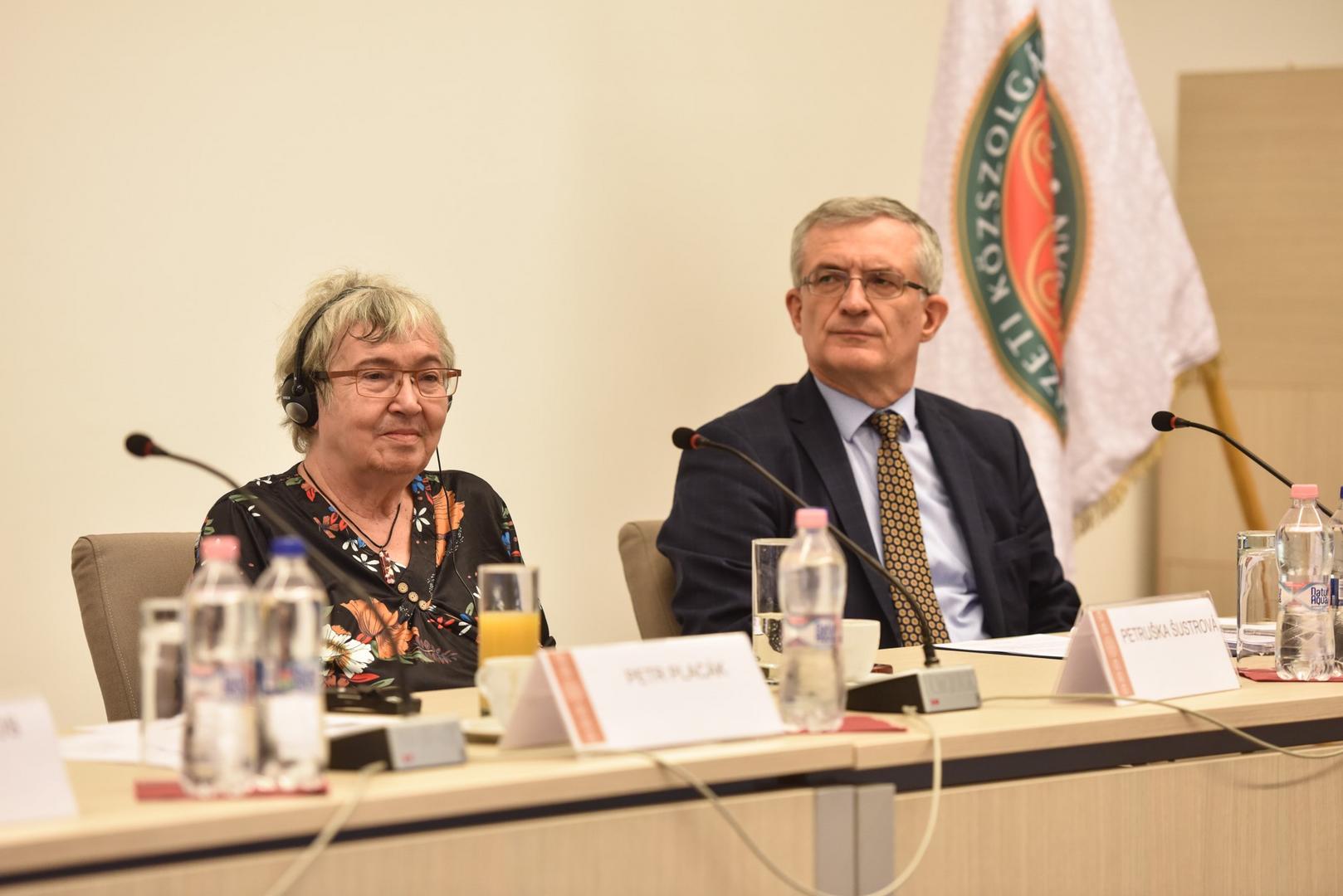 Our event called "Reclaiming Our History: The Heritage of Rudolf Kucera and the Rebirth of the Idea of Central Europe" took place on 14 October. The event had two parts. The first one consisted of talks that Petr Placák, a former editor of the journal Střední Evropa [Central-Europe] and current editor-in-chief of Babylon, Petruška Šustrová, one of the signatories of Charta ’77 and former editor of Střední Evropa, and Adam Drda, a former employee of Střední Evropa gave. The second part was a discussion among Iván Gyurcsík, László Szarka, György Varga and Miklós Mitrovits.

Petr Placák analysed the essay called "Right to History" that is associated with Kucera, although he actually wrote it with other historians active in the Charta ’77 movement. The text had a wide-ranging impact and sparks debates even today. Since the text is not available in Hungarian Palcák red out several important excerpts. The starting point of the essay is that human rights include the right to history. Until then, Czechoslovakian historians did not address the heritage of Austria-Hungary and the history of neighboring peoples. Placák emphasized that Kucera wrote about Church history and about the Habsburg era as unique Czech and Central-European history that did not fall in line with Marxist descriptions of class struggle, thus meant breaking a taboo for contemporary Czechoslovakian historiography, which was determined by one-dimensional Communist ideology. According to Kučera, Marxism disregarded human subjectivity that means that history was left out of history. In his paper, Placák pointed out: the importance of Kucera and his colleagues’ paper lies in its capacity to undermine official perceptions of history which was to lend legitimacy to official Czechoslovakian state nationalism. It proved that the legal system of the „First Republic” had its roots in Austria-Hungary, while that of the Second Republic in the Czech-Moravian Protectorate created by the Germans. Placák also stressed that for Kucera and his co-writers the notion of collective guilt and the policy of expulsion was unacceptable.

Petruška Šustrová, one of the spokespersons of Charta ’77 began his talk by reminding that the movement was ideologically diverse. Thus, for many, it was not so obvious if the movement should endorse the essay. She quoted Petr Uhl who criticized the essay but did not want to silence it. Eventually, the Charta ’77 undertook it to the extent that they published it as their official document. This gave the impetus for starting the samizdat journal Střední Evropa in 1984. Šustrová that for many this was the moment to face the truth that history is also a matter of interpretation.  Talking of the way Czechoslovakian samizdat operated she also said that, due to linguistic proximity, the Polish connection was the most important for them. The exchange of publications always took place on mountain roads near the border in a way that messengers did not meet.

Iván Gyurcsík read Adam Drda’s paper.  Drda sketched up the history and agenda of Střední Evropa. He emphasized that the journal did not take Central Europe as a geographical term, but as a community bound together by history and ideas. The editors were interested in tracing how Central European identity evolved. By doing so, the journal joined the discourse on Central Europe that the writings of György Konrád and Kundera Milan initiated. Intellectuals from the West, such as Timothy Garton Ash, supported the journal which was Central European in the sense that it published writings of intellectuals from the region such as Adam Michnik, Ferenc Fejtő, György Konrád, Leszek Kołakowski). Drda remarked the journal, unfortunately, ceased when Kučera passed away. The Střední Evropa left a void behind. 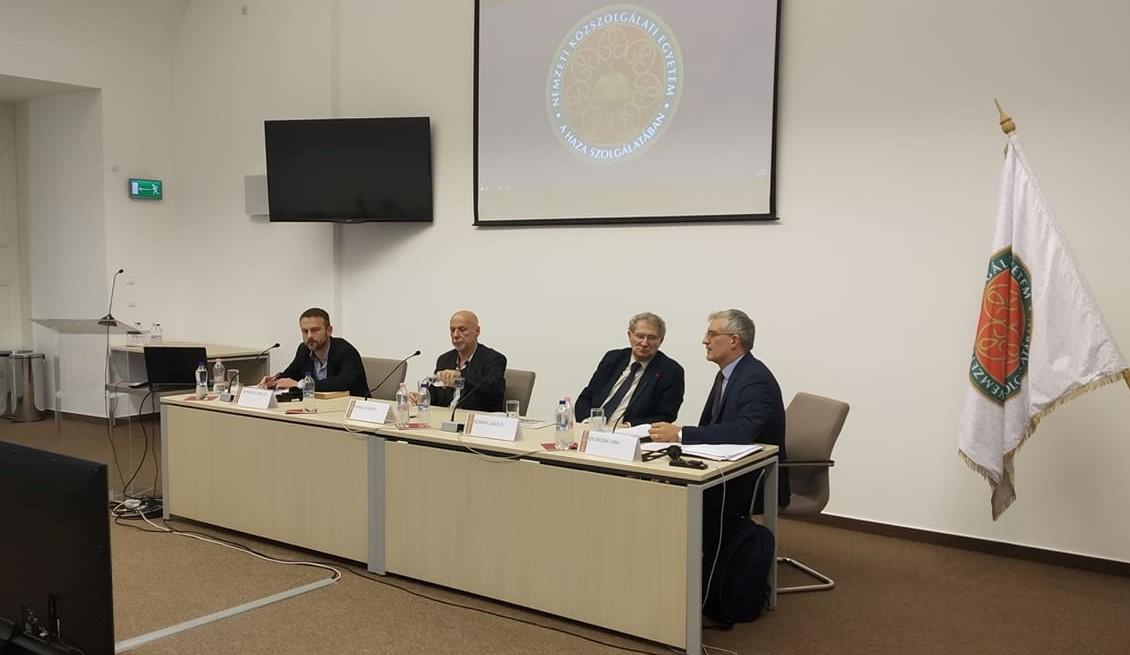 In the second part of the event Iván Gyurcsík, former Hungarian ambassador in Warsaw, moderated the discussion among historian László Szarka, translator and former diplomat and member of the opposition György Varga and Miklós Mitrovits, fellow of the Institute of Central European Studies about interaction between Charta ’77 and the Hungarian opposition and between the movement and the Hungarian minority in Czechoslovakia. Miklós Mitrovits stressed repeatedly that the Hungarian democratic opposition did not contextualize its criticism in historical terms. It kept a distance from issues of history except for the revolution of 1956. In this regard, it differed significantly from the opposition that was active in Czechoslovakia and Poland.

For Hungarians Helena Němcová and Bohumil Doležal constituted the Czechoslovakian connection. The latter had good relations, especially with Csaba Kiss Gy. Mr. Szarka and Mr. Varga also underlined that it was not only Střední Evropa, but also the journal published by emigres, Svědectví [Testimony], influenced Hungarians that were conversant with the Czech language. Both panelists talked of Miklós Duray who was also a signatory of Charta ’77. Czechoslovakian authorities initiated several court procedures on false pretexts.  However, Charta had an ambivalent relationship to the Duray-case: they supported him since it was also about the defense of human rights, yet those in Prague made an effort to stay away from the Slovak-Hungarian conflict.

Talking of the lack of contacts between the opposition in Hungary and in Czechoslovakia, all three speakers believed the reason behind distance was primarily linguistic. Moreover, the Hungarian opposition did not have institutions. At the same time, interpersonal relations were important and so were the samizdat translations of Czechoslovak literature.  (Milan Kundera, Václav Havel).

The conference was the first one in the series of events related to the research project "Links between oppositions and the culture of opposition in Central Europe in the 1970s and 1980s". It contributed to making ideas of the Czechoslovak opposition, specifically the way they thought of Central Europe, known in Hungary.