Thirty Years After – Conference about the Systemic Change, Bucharest

The University of Bucharest, with a number of partner institutions and sponsors, organized an interdisciplinary conference between 9 October and 11 October 2019 with the title: „Thirty Years After – Post-Communism, Democracy, and Illiberalism in Central- and Eastern Europe”. The participants came from a number of countries such as Hungary, Poland, Austria, Moldova, UK, USA, Spain, Bulgaria, and Canada. They discussed the changes that began at the end of 1980 through a multitude of topics and from a wider perspective. The organizers did an excellent job of 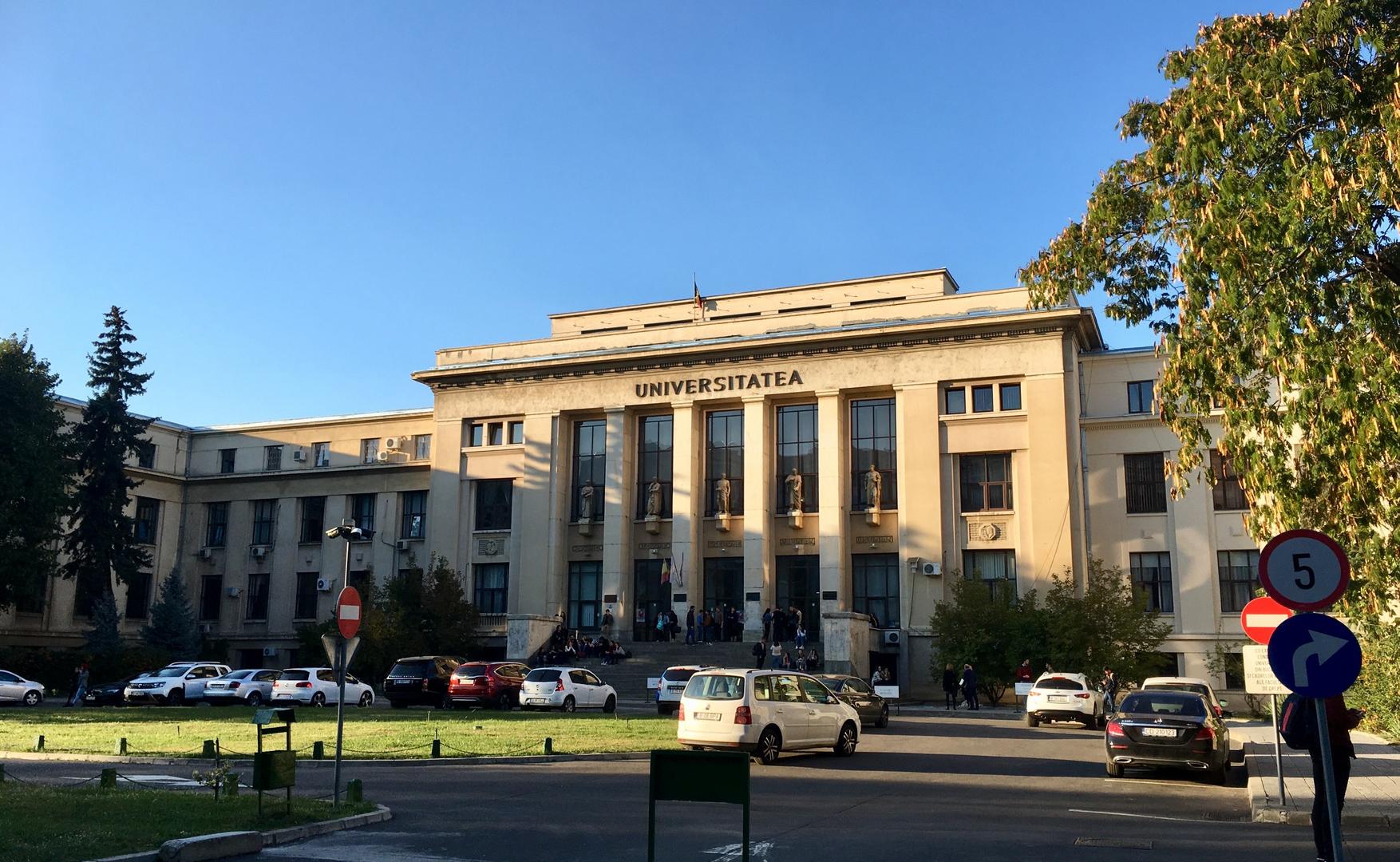 planning and managing the two-and-a-half day-long event. Keynote lectures that renown experts gave provided a structure and more than thirty other researchers gave a presentation, including historians, anthropologists, sociologists, and political scientists, among others.

Bogdan Murgescu addressed the participants, while Daniel Chirot gave the opening lecture. The professor from the USA became an honorary doctor of the university the following day. In his talk he discussed the crisis of democracy, searching for global reasons behind the phenomenon. He drew a dark parallel between 1939 and 2019 and pointed out that after the war and Cold War there was a date, 1989, that was a euphoric and ascending period when it looked as if liberal democracies ruled everywhere in the world and “history had ended”. However, thirty years on, there is an increasing number of challenges in Central and Eastern Europe, too that have brought attention to the region, once again. Chirot pointed at the demographic decline in the so-called West and especially in Europe (Europe is slowly dying), and its various consequences (such as fear).

Jens Schmitt was the first speaker of the second day. He placed the events of 1989 in the Southeastern European perspective highlighting that nationalism was still a major resource in the region that was directed against the dominant communities of former empires. rámutatva, (e.g. as Hungarian in Romania, Turks in Bulgaria, Bosnians and Albanians in Yugoslavia. The papers that followed talked of the following issues: the so-called Soviet tourists, presumably agents, a peculiar phenomenon of the change in Romania (Virgiliu Țârău), the importance of media in the change and transition in Romania as well as the decline of print media (Matei Gheboianu and George Damian Mocanu), organizing the first free election in 1990, (Daniela Popescu), social attitude towards democratization and nostalgia (Ananda Majumdar), changes of the Romanian energy sector, migration policy of Romania (Razvan Dacian Cârciumaru, changes of the landscape of the city of Warsaw (Peter Martyn), the relationship between Moldova and Romania during 1989-1991(Sergiu Musteață), the uses of „American soft power” before 1989 (Alexandru Groza). Csaba Zahorán, fellow of our institute talked of the notion of „the nation besieged” that is a centuries-old topos in Hungarian and Romanian nationalist discourse. 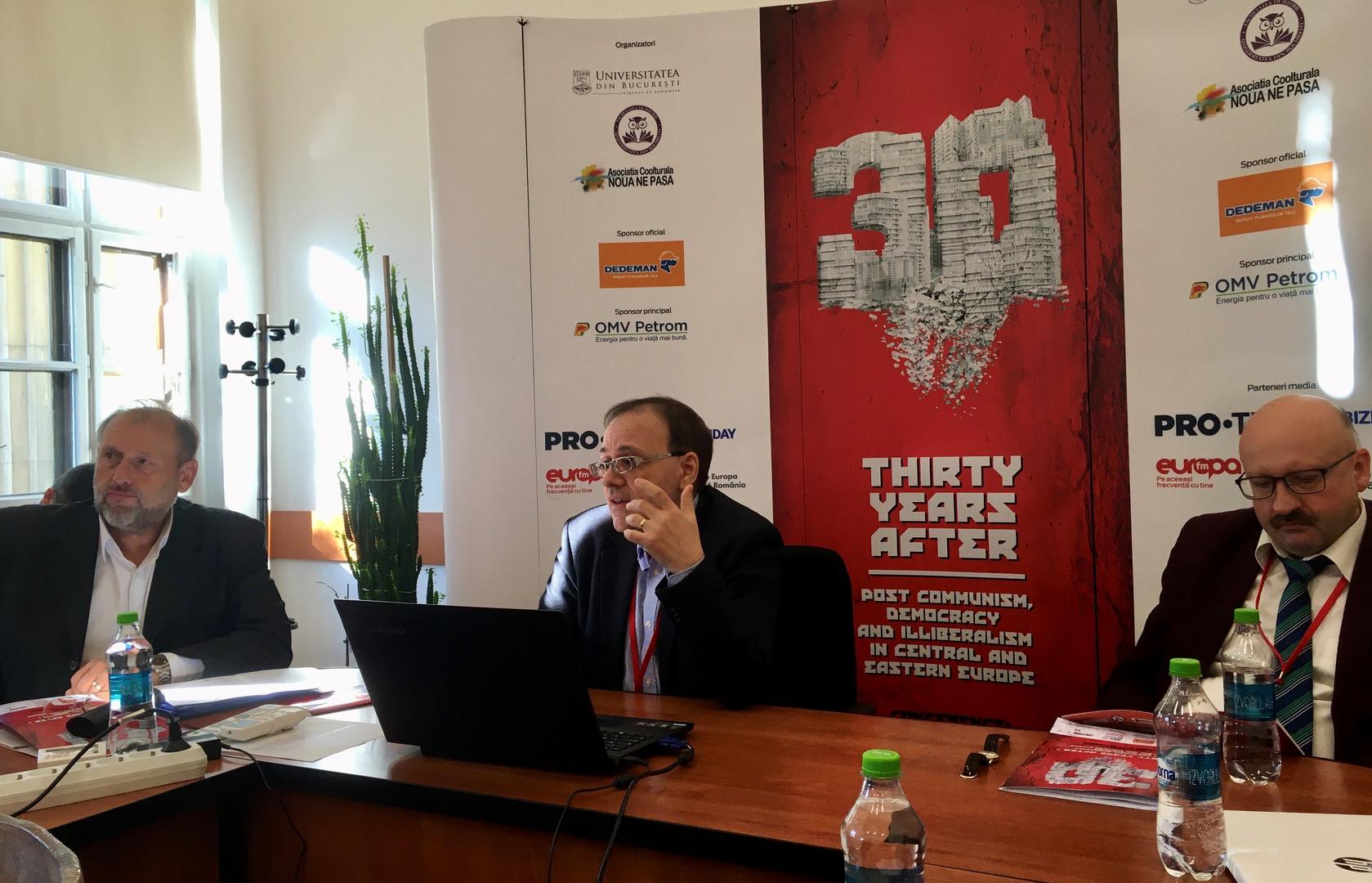 The third day began with presentations on the accessibility and uses of archives of the State Socialist era (José M. Faraldo, Krzysztof Brzechczyn, Dragoș Petrescu).

Constantin Iordachi’s keynote lecture provided an overview of the memory of Communism.   Following an outline of the theoretical frame, he brought up several examples from countries outside Europe, then, critically analysed the institutions that represent the history of Communist dictatorship and soviet occupation in our region. The round table that followed discussed civil society, while the last panel was on various aspects of professional sports. ana Adi’s lecture closed the event who gave an overview of the three decades of civic movements in Romania. She arranged her talk around the notions of doubts, suspicion, resilience, and hope and made use of her personal experiences.

Interested participants had the opportunity to visit a small „museum” that included one of the flats in an outskirt (Militari) of Bucharest that consists of blocs of flats. The place features typical items and appliances of Romania in the 1980s, including even the TV-programs showing. 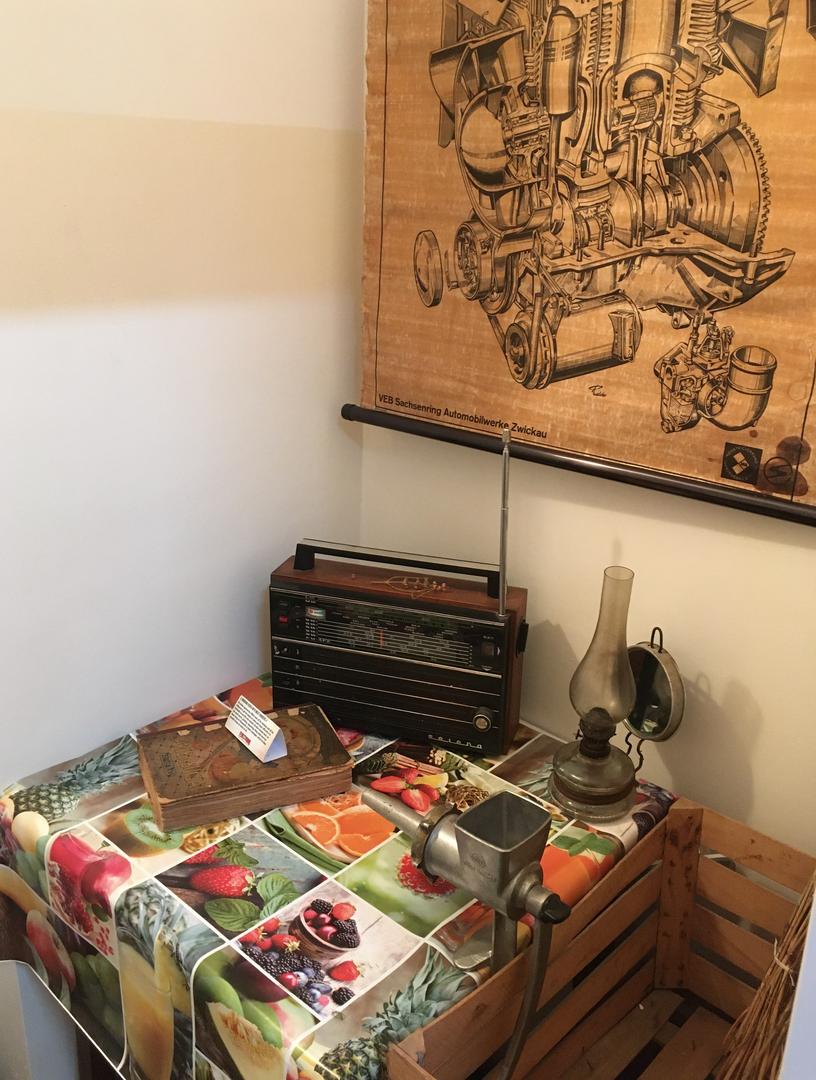